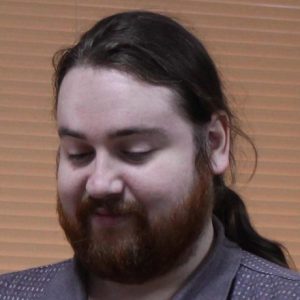 The FreeBSD Foundation is pleased to welcome Philip Paeps to the Board of Directors.

We sat down with Philip to find out more about his background and what brought him to the Foundation. Please take a moment to see what he has to say and join us in welcoming him to the board!

Tell us a little about yourself, and how you got involved with FreeBSD?

I was introduced to FreeBSD at an impressionable age after
some disappointing adventures with other open source operating systems. FreeBSD worked very well for me until I tried to install it on a new laptop sometime in the early 2000s.

The patches I submitted to make ACPI and input devices work on that laptop led to a src commit bit in 2004. While I haven’t worked on ACPI or input devices since, I have been contributing to different areas of the kernel. Taking up maintainership of some ports I cared about also got me a ports commit bit after some time.

Why are you passionate about serving on the FreeBSD Foundation Board?

Primarily, I think I can be useful! I attend (and organize) a number of conferences around the world every year, particularly in regions that have a mostly “stealthy” FreeBSD community.

While I clearly don’t need to be on the FreeBSD Foundation board to advocate for FreeBSD, joining as a director will provide an additional asset when working in areas of the world where organizational affiliations are meaningful.

What excited you about our work?

I strongly support the Foundation’s efforts to provide a legal entity to enter into contracts on behalf of FreeBSD Project members.

While I don’t see myself getting too involved with this aspect of the Foundation (but you never know!), after advocacy and outreach, I believe it is the most important role the Foundation plays.

Despite intending to eventually contribute their code to the FreeBSD Project as open source, many hardware vendors still find it very difficult to engage directly with the FreeBSD development community. The Foundation helps bridge that gap and helps facilitate collaboration between commercial vendors and the FreeBSD community.

What are you hoping to bring to the organization and the community through your new leadership role?

I hope to make FreeBSD more visible in regions of the world where it is historically under-represented. I expect I will be attending even more conferences and getting myself invited to even more organizations.

How do you see your background and experience complementing the current board?

As a conference organizer, I have learned the art of convincing people to volunteer for tasks and to get excited about projects. After every event I attend, at least some machines get upgraded to FreeBSD from other operating systems.

I hope that as a board member, I can encourage entire organizations to upgrade hundreds of machines at a time, rather than merely dozens.