Here’s a chance to get to know your fellow FreeBSD enthusiast. Sit back and enjoy another 2013 Faces of FreeBSD story. 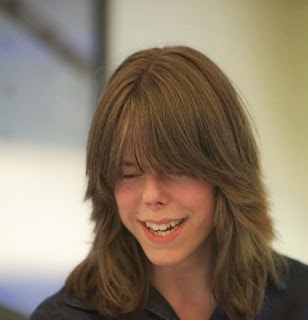 My name is Isabell Long, and I am a 19-year-old living in the south of England. I’m a Ruby on Rails web developer at a social media startup named Gerraroom and a volunteer staff member of the freenode IRC network. I love open data and—on the non-tech side—good food, music (both playing and listening) and learning. Before FreeBSD, I contributed documentation and support for Ubuntu, which was a good introduction into the world of open source.

Friends hinted that I should try FreeBSD by posting me burned CDs of releases. Then in 2011, I decided to participate in the Google Code-In contest, completing documentation-related tasks and becoming heavily involved in the documentation project afterwards. I became a documentation committer in April 2012. The new committer mentoring process proved very useful and that, plus the accepting community of FreeBSD, are reasons why I stay involved.

Thanks to FreeBSD Foundation funding, I was able to attend my first overseas conference at EuroBSDcon 2013 in Malta. Apart from the experience of going to a country I’d never visited before, meeting people who I only knew on IRC and seeing some people I met at the DevSummits in Cambridge was one of the best bits. The documentation sessions were very useful and I completed a few tasks on the website and Handbook during my time there and afterwards. I’m looking forward to having a few similarly productive days in Bulgaria next year.

As a thank you for providing resources to keep FreeBSD going and enabling committers like me to travel to conferences, I donated a small amount in Malta to the FreeBSD Foundation as I strongly believe that giving where possible keeps positivity going and one day, that repays.

Donate today to help us continue and increase our support of the FreeBSD Project and community worldwide! Making a donation is quick and easy. To make a donation go to: http://www.freebsdfoundation.org/donate/