Growing up, Roller Angel was always fascinated with technology and what makes it work. Telephones, radios, computers – all were taken apart by Roller to see what was inside. “I wanted to know what made them tick and imagined how cool it would be to understand these things, so I could make them do what I want,” he recalls. “Little did I know how much there is to learn!”

Roller got his start with FreeBSD after building his first website in 2005, then using open source 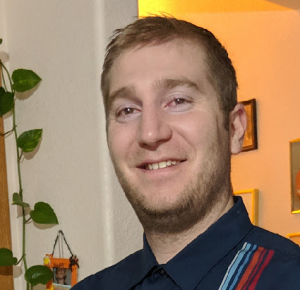 software Asterisk for building communications applications a few years later. While working with Asterisk, Roller found references to FreeBSD as a platform, learned about the FreeBSD Project and community, and began taking online tutorials on FreeBSD 8 in 2011. “I also read a lot of books by Michael W. Lucas. The FreeBSD Handbook and Manual pages are great, and Lucas does a good job of letting users know that, along with providing great advice on how to get involved and a good amount of history so users can understand the landscape a bit better,” he says.

It’s precisely the landscape that Roller likes most about FreeBSD – a small efficient code base that’s updated regularly and is easy to repackage for personal use, he says. Plus, he notes, the FreeBSD development community is quick to share code their development notes. “With other people’s notes, you can see where the code went wrong. And with Jails, FreeBSD lets you easily go back to versions with working code,” he says. “Making changes to Linux is much harder and takes orders of magnitude more time, but with FreeBSD it’s all under one roof.”

Roller began following the popular BSD Now podcast and emailed questions to the hosts, who urged him to join the Front Range BSD Users Group. He began sharing his own experiences and ideas with the community and applied for a travel grant from the FreeBSD Foundation to attend BSDCan 2017 in Ottawa, Canada. After attending the Doc Lounge at BSDCan and writing a trip report for the FreeBSD Journal, BSD Now host and FreeBSD Foundation Vice President Benedict Reuschling offered to mentor Roller if was interested. “Documentation turned out to be another one of my projects, and I soon found out there was a lot there for me to learn. I contributed a few typo corrections and began my studies on the tooling,” he says.

Roller also started teaching FreeBSD locally in Boulder, first in the FreeBSD Foundation offices to a group of 10 enthusiasts where he demonstrated an install including configuration of the shell and setup of a desktop. His workshop was a success, and BSD Now asked him to create video tutorials for National FreeBSD Day 2018 that would stream all day. Roller made one basic tutorial like his first workshop, and a second more advanced one that included using an infrastructure as a service provider to configure a remote access VPN. Part of the configuration included setting up X11 Forwarding to display an application locally, in this case a web browser that was running on the server side. “I used FFMpeg to record my screen on FreeBSD and shared the code so others could do the same,” he remembers. “I actually obtained the code from an old channel the BSD Certification Group used to run on YouTube, so I’m glad I can keep that code alive.”

Roller continued to learn and to teach FreeBSD, and gave a talk atEuroBSDCon 2018 in Bucharest, Romania titled “Being a BSD User”, and taught a workshop at the 2018 Rocky Mountain Celebration of Women in Computing< with Executive Director Deb Goodkin that drew more than 40 attendees. His last workshop, “Getting Started with FreeBSD” at SCaLE 17x, was also well-attended with about the same number of attendees.

When he’s not learning about or teaching BSD, you’ll find Roller at the University Corporation for Atmospheric Research in Boulder, Colorado, where he is a Helpdesk Technician for The GLOBE Program. He’s also working on a teaching website, BSD.pw, where he’s spreading the word about open source technology and documenting his work and experiences. “I feel I can really help the community by teaching what I’ve learned and by demonstrating practical solutions and showing what’s possible as I figure things out,” he says.