Here’s a chance to get to know your fellow FreeBSD enthusiasts. Sit back and enjoy the next Faces of FreeBSD story. 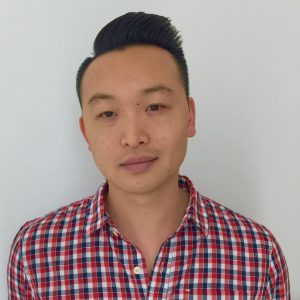 I’m the author of “Designing BSD Rootkits” and “FreeBSD Device Drivers” and I’ve been involved with FreeBSD, in some form or another, since 2003. I’m also on the editorial board for the “FreeBSD Journal.” Currently, I work for Dell EMC on the OneFS Networking Team. (OneFS is based on FreeBSD.)

How did you learn about FreeBSD?

In 2003 I was working for the City of Toronto as a system administrator. One day my manager asked me if I knew anything about FreeBSD. My response: “Never heard of it.” He then promptly gave me three FreeBSD machines to admin. After spending far too long figuring out how to install FreeBSD on a personal machine, I fell in love with its coherent, minimalistic, and clean nature. I’ve been a fan ever since.

From a non-technical standpoint, I enjoy the freedom the 3-clause BSD license affords me and the community. My past three employers have all built network appliances based on FreeBSD and the license is one of the reasons FreeBSD was chosen. The community is wonderful. I’ve learned a great deal about systems programming from this community and for that I am forever grateful.

Have you been helped by the FreeBSD Foundation?

The FreeBSD Foundation contracted me to write a series of white papers about FreeBSD. You can find the first one here.

The white papers are designed to increase FreeBSD’s awareness within the greater tech community. They explain how FreeBSD is used in a variety of products and applications.

This project is still ongoing.

The FreeBSD Foundation is dedicated to building the FreeBSD community. As I mentioned earlier, I’ve learned a great deal about programming from this community and with that knowledge I’ve been able to build a career in the high tech industry without any formal training. This community has helped me and that’s why I give back. If possible, I ask that you do too (if only to help another poor soul like me).