Here’s a chance to get to know your fellow FreeBSD enthusiast. Sit back and enjoy the first 2015 Faces of FreeBSD story. 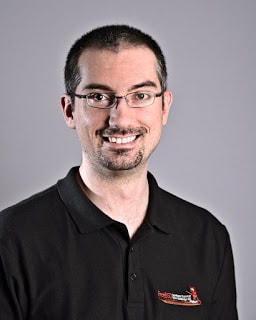 My name is Allan Jude. I am 31 years old, from Hamilton, Ontario, Canada, and have been a professional FreeBSD sysadmin for 13 years. My day job is running a medium sized video streaming company that I founded with one of my professors after College. This allows me to use FreeBSD (over 100 servers spread across the globe at 38 different sites in 11 countries) and ZFS (over 1000 TB worth of storage) every day, which makes it easy to find ways to contribute back to those projects.

How did you learn about FreeBSD and/or when were you first exposed to it?

When I first got on the Internet at home in 1998, one of the first things I really got into was IRC (Internet Relay Chat). After doing that for a while, I got curious about how the server side of it worked, so I downloaded the server software. Being a Windows user at the time, I was confused by the lack of a .exe file in the archive I had downloaded. After some asking around, I was told I would need a “shell account” to be able to run this software, because it was for “UNIX”, not Windows.

I proceeded to search around and find a Canadian shell provider. Once I got my account, I successfully logged into a FreeBSD machine for the first time. I had a lot to learn, but there were resources and manual pages. Over the next few years I gained more and more understanding about how TCP/IP, IRC, and FreeBSD worked. It was around this time that the shell provider I was using went out of business. I decided I could do better, and in 2002 bought my first server and installed FreeBSD 4.5 on it. That was the beginning of my career as a professional FreeBSD sysadmin.

For years I was just a quiet user of FreeBSD. In 2004, some of my college courses covered FreeBSD and NetBSD, so I learned a bit more about them. Later, in 2008, I returned to the college and taught those same courses, most revolving around networking and system administration.

Then everything changed. I attended my first conference, BSDCan 2012. Being at an event like that, surrounded by like minded people, having endless discussions you just could not have anywhere else, was the most exhilarating thing I had ever done. Getting to share some of my stories, and hear those of the other attendees was very rewarding. I left the conference very excited to get more involved in the Project, and with definite plans to return the next year, and maybe even give a talk. By the end of the trip home, I had decided that I would submit a talk for next year, then quickly changed my mind. Why wait for next year, so I submitted my proposal to EuroBSDCon 2012 in Warsaw, Poland. The talk was accepted, and I made my first international trip. Since then, I have attended every conference I could manage to get to.

In 2013, Kris Moore and I started a weekly video podcast, BSDNow.tv, where we discuss the latest news from the BSD family of operating systems and related projects, and interview developers and other community members. This has been one of the most rewarding things I have done, as we get many thank you letters from people all throughout the community, and get new people to join the community. It was a bit strange when suddenly everyone at the conferences knew who I was.

The next year, I started working on documentation for ZFS, and contributed that to the FreeBSD Handbook. This, and other work, resulted in me being granted a documentation “commit bit” at BSDCan 2014, making me officially a member of the Project. Not much more than a year later, my continued work on the installer, universal config files, and various other bits of the OS were rewarded with a src commit bit as well.

This spring, I also co-wrote “FreeBSD Mastery: ZFS” with Michael W. Lucas, who is well known for his line of high quality technical books. It is available in e-book and printed versions from ZFSBook.com. We are currently working on the follow-on: “FreeBSD Mastery: Advanced ZFS”.

There are a great many reasons, but the foremost is the community. There is no better group of people I could choose to spend my free time with. The other flagship part of the Project is the documentation. When I was getting started, being able to work through a section of the FreeBSD Handbook and end up with a working system that I actually understood was key. So it was important to me to make sure the handbook covered the newer parts of FreeBSD, like the ZFS file system and bhyve, the new hypervisor.

From a more practical standpoint, my initial usage of FreeBSD was because of its security and stability, which were what was needed most to run a shell provider. In recent years, my needs have changed, but FreeBSD has kept up. Containers (in the form of Jails) have been making my life easier for more than 8 years now. We deploy all of our applications in jails, which in additional to the obvious security benefits, makes it very easy to shuffle the applications between servers as needed. One of the other important things has been the ABI stability. We can run a version of FreeBSD, and know that for 5 years, things will not change out from under us.

My company makes use of a mix of FreeBSD releases, and the development branch. We would like to give a special thank you to the entire release engineering team for their work to get the releases out on time, and for the new release schedule that will get the new features into our hands faster.

Anything else you’d like to add about FreeBSD or the Foundation?

Supporting the Foundation is important, not just to keep the Project going, but to show the rest of the world that there is a thriving community behind the Project. This makes potential new users of FreeBSD, be they users or corporations, more assured of the longevity and diversity of the Project.