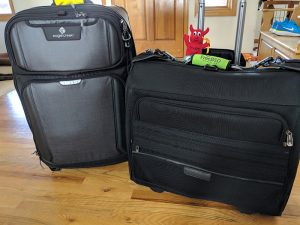 Last month I attended EuroBSDCon and the preceding FreeBSD Developer Summit. Both events were held at the University Politehnica of Bucharest, Romania. The two-day developer summit was a productive, face-to-face opportunity for contributors from various parts of the project to work together discussing ideas, and working on plans and solutions for improving FreeBSD, processes, and developer support. 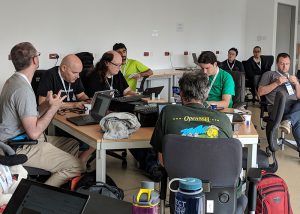 Sean Chittendon, FreeBSD Core team member, lead the summit on the second day. Topics for discussion ranged from generating Google Summer of Code project ideas and how to help get more contributors to step in as mentors, to the technologies and functionality that really needs to be added to FreeBSD. Sometimes, the discussions would involve “we need funding” to get this work done, and everyone would look at me. Over half our budget goes to software development work, and being able to listen to the compelling arguments about the proposed work and why it needs to be done, really helps us determine what work we should fund. 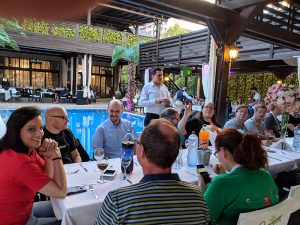 There were two large dinners for the developer summit attendees allowing for even greater opportunities to meet and talk, this time, in a more social environment. It’s also the perfect occasion to learn about other cultures through the dinner conversations taking place with people from around the world. I had some interesting discussions with people from Iran, Denmark, The Netherlands, and France, just to name a few.

The Foundation provided travel grants to four FreeBSD contributors. This allowed people who can’t cover the travel expenses on their own to attend the conference. We know the face-to-face opportunities of attending a BSD conference can make a profound difference on these people giving back to the Project. Most of the grant recipients stopped by our table to thank us and tell us about some of the talks they were going to attend.

Speaking of a table, we had our usual Foundation table, staffed by our Administration Manager, Loren Gurkowski, board members, and me. It gave us a chance to talk to people in the community, whether they are FreeBSD developers or commercial users, and discuss their needs, as well as ours. We also sold cool swag for donations. While we are moving away from that model, we, wanted to give people who didn’t attend BSDCan a chance to purchase the FreeBSD 25th Anniversary t-shirts and other popular FreeBSD swag we brought along. We also gave away tons of FreeBSD stickers, our coveted highlighter pens, and luggage identifiers. Unfortunately, we sold out of the t-shirts fairly quickly, leaving quite a few people disappointed. However, we are currently looking into having an online option for purchasing these shirts, so more people around the world can show their love for FreeBSD! 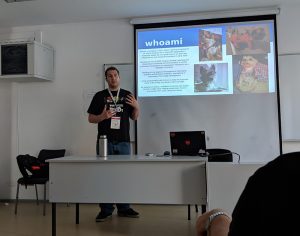 During the conference, I had a chance to attend two talks: one by Kirk McKusick on the history of FreeBSD and Project Governance, and Roller Angel’s talk on Being a BSD User. They were both excellent and provided a fascinating juxtaposition with Kirk representing one of the original BSD developers and Roller being a new user and contributor, as well as, first-time presenter. I’m sure you’ll hear me talk more about Roller as time goes on. He’s a good example of why we consider funding travel grants an important investment in the community. We gave him a travel grant for BSDCan 2017 and since then, he’s produced video tutorials, helped me create content and teach the FreeBSD installfest we ran at the Foundation office last April, will be helping me lead a workshop this week in Denver, and will soon start contributing to documentation.

The ”Hallway Track” is probably where I get the most value from attending these types of conferences. It is where I spend most of my time talking to company representatives about what work they’d like to see happen, finding out what their pain points are, and more importantly stressing how important it is for them to support the Project by making a financial contribution to the Foundation. In addition, during the conference, other Foundation Team and Board members gave tutorials, presentations, and had similar discussions with community members. 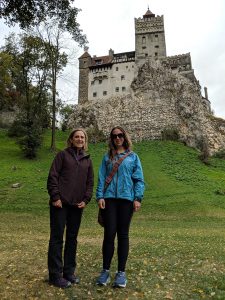 Deb and Loren at Bran Castle.

As I mentioned above, gaining cultural insights is an added benefit from attending events like these, and Romania did not disappoint. In my limited free time, I learned about the communist history of Bucharest by taking a 3-hour walking tour. Plus, our apartment was 2 miles from the venue, so each day we took a different path back and forth and explored different parts of Bucharest. Finally, after the conference was over, we learned a lot about Romania on an all-day tour to Transylvania.

After spending a week there, I have a newfound respect for Romania. I’m also looking forward to next year’s EuroBSDCon, which will be held in Lillehammer, Norway Sept 19-22, 2019, and I hope to see you there!